On 25th November 2015, the Ireland China Business Association (ICBA) held it’s 3rd Annual Dinner at the Westbury Hotel, Dublin sponsored by the ICBC International Leasing Company Ltd.  This event was the highlight of what has been a busy and productive year for the ICBA, and eagerly anticipated with the attendance of Taoiseach, Mr. Enda Kenny T.D., Minister for Foreign Affairs and Trade, Mr. Charlie Flanagan T.D., Minister for Agriculture, Food & Marine, Mr. Simon Coveney T.D. and H.E. Mr. Jianguo Xu, Chinese Ambassador to Ireland, as well as over 170 members and guests from businesses across a diverse range of industries. 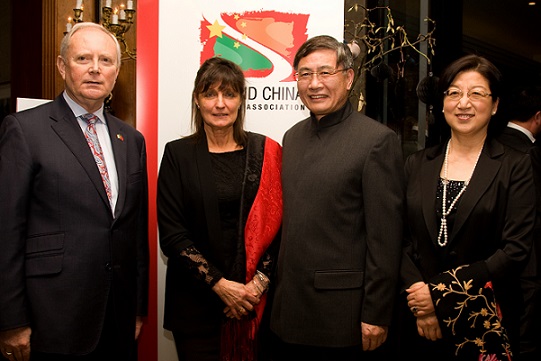 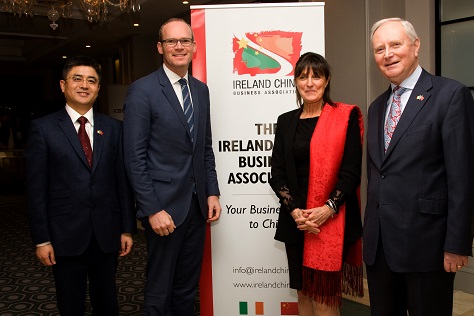 The Ambassador in Beijing, Paul Kavanagh, gave an excellent overview (via video link) of the tremendous progress being made between our two countries with some very encouraging statistics, namely, that two-way trade in 2015 is likely to turn out €9.5 billion according to CSO stats; 2014 saw Irish company exports grow by 46% (currently being sustained; food and drink exports were up 36% in 2014; and, the major sectors seeing a year on year increase of 25%.  Most noted was the major acquisition by a Chinese private company of Avalon, an Irish company and market leader in the air services & leasing area.  This investment amounting to US$2.5 billion (net debt) is a big signal of the progress being made between Ireland and China, and is duly noted.  In relation to education, Ireland has seen a 34% increase (January – August 2015) in the number of Chinese students applying for study visas in this country.  Mr Kavanagh finished up stating that looking ahead, China will continue to offer many opportunities to Irish businesses, education institutions and other Irish interests, which are prepared to make the necessary commitment to this extraordinary market.

Mr Ken Duggan, then Chairman of the ICBA, noted from our speakers so far that our bilateral relationship is in its sunniest period in our history and there is the opportunity to build to even greater heights.  One factor in achieving this is easier travel arrangements and he was delighted to hear the announcement from Ambassador Xu, of the new Visa arrangements for Irish Businessmen and women travelling to China.  Ken finished up by thanking everyone who had helped and supported him as he stepped down as Chair.  He thanked his Vice Chair, Ms Susan Barrett, for her support and commitment and congratulated her on her election as Chair and to Hugh Cooney as Vice Chair.   Thanks also went to the Council for their support, the Government agencies represented by the Ministers present, Ambassador Kavanagh and his team and recently, Therese Heal in Shanghai.  Also, to His Excellency Mr Jianguo Xu, Chinese Ambassador to Ireland and his staff at the Embassy, in particular to the Commercial section led by Mme He Yue. 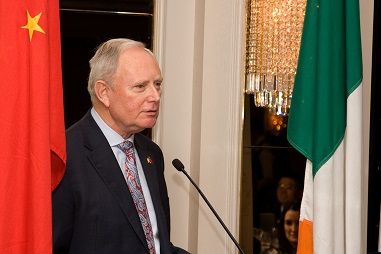 Mr Wei Xu mentioned that trade relations were at an all-time high between the two countries and that the image of Ireland was of a very healthy and wholesome environment, where the highest standard of food production prevailed.  In commercial terms, more Chinese firms were noticing the new economic growth in Ireland.  Mr Xu was happy to be sponsoring the ICBA Annual Dinner and welcomed his colleagues from the ACEI and looked forward to signing the Memorandum of Understanding.

The Taoiseach spoke of this meeting with Chinese Premier Li Keqiang earlier in the year, and how proud he was to meet the Chinese Premier in his home County, Mayo.  He also stated that it has been his great privilege, as Taoiseach, to witness the developments in the Ireland China relationship over the last five years, and that it is his belief and intention that it will continue to grow to both Ireland and China’s mutual benefit. 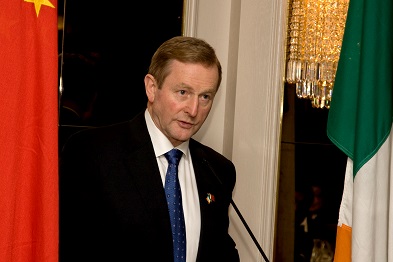 The Chinese Ambassador, H.E. Mr. Jianguo Xu, stated that despite the sluggish world economy, the pragmatic cooperation between China and Ireland has kept a strong momentum of development and achieved remarkable results in 2015. H.E. Mr. Jianguo Xu announced the much appreciated grant of extended multi entry business visas to ICBA and ACEI members subject to meeting certain criteria. 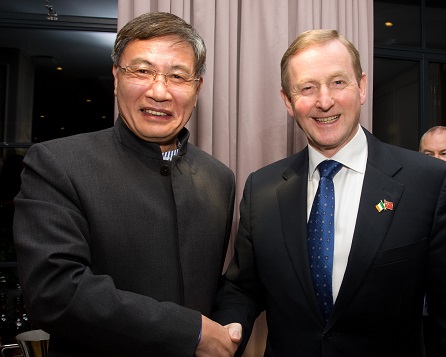 The Taoiseach lent his assurance that that the Irish Government will continue to work hard to bring our peoples closer together and to deepen our strategic engagement with China.

A most significant Memorandum of Understanding (MoU) was then signed between the Ireland China Business Association (ICBA) and the Association of Chinese Enterprises in Ireland (ACEI) in order to further promote China-Ireland bilateral economic and trade ties, cultural exchanges and to enhance mutual understanding.

Both the Taoiseach and H.E. Mr Jianguo Xu, spoke of their respective governments working together to review challenges and in particular by H.E Mr Jianguo, in removing the outdated obstacles and putting forward more business-friendly measures. 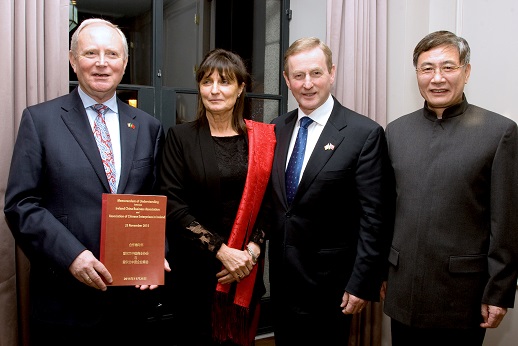 Signing of MoU between ICBA and ACEI

As the evening proceeded An Taoiseach mingled happily with both the Chinese and Irish members and guests. An excellent evening was enjoyed by all. 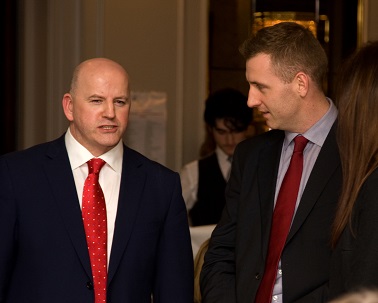 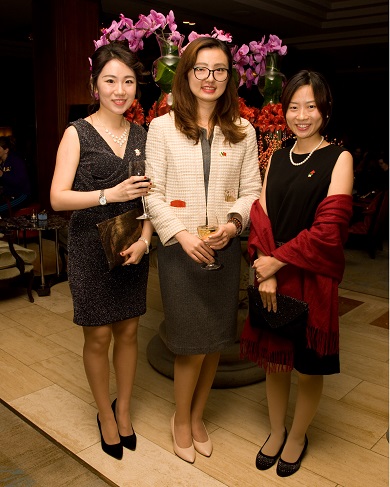